There are three types of portals throughout the game.  The first is a friendly portal, they are colored the same as your faction.  The second is an enemy portal, they are the colored different that you own. The third is called a “grey”, they are the portals that have not been aligned to a faction yet and are the easiest to capture. One can make Level 8 simply by capturing and fully deploying 600 Portals, in case you’re curious. 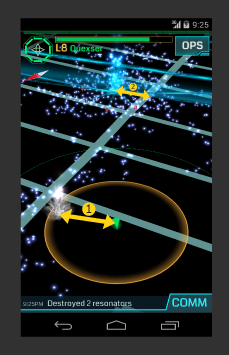